Shipping in NZ & International - Click Here
0
The quality of this 2007 vintage was unmatched thanks to the carefully selected chardonnay parcels and an incredible 9 years spent on lees. The nose is generous, with notes of almond croissant and candied fruit, with a hint of citrus zing. In combination these create a deliciously rich balanced palate.
The Producer﻿

History of the House

Between Tradition and Modernity

The Charles de Cazanove brand, one of the oldest in the region, has learned to combine Tradition, Modernity and Dynamism through two centuries of dedication to Champagne.

In the 16th Century, a glassmaker from the Bigeault family travelled to Venice, the world centre for the glass industry at the time, to add to his skills and experience. On his return he added the name Casanova to his own, i.e. “New House” and gave it the French form “Cazanove”. 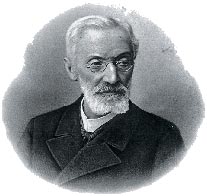 The growth of a brand

In 1811, Charles Gabriel De Cazanove, a young man aged 24 from a family of master glassmakers founded his own Champagne House in Avize, in the heart of the Côte des Blancs.

But rather than the founder, it was his son, Charles Nicolas, born in 1818, who contributed most to the growth of the brand. He was a businessman and chairman of the Epernay district horticultural society, and applied his botanical knowledge to the fight against phylloxera and turned Charles De Cazanove into a respectable company.
In his time, the House supplied, among others, Prince Metternich, an Austrian diplomat and politician, and the French presidents during the Third Republic: MacMahon, Sadi Carnot and Emile Loubet.

In 1902, as a prelude to the entente cordiale, Edward VII, king of the United Kingdom and Ireland, was received in Paris with the 1893 Champagne Charles De Cazanove Brut, of which he was very fond. Edward VII had it specially imported from France with his own personal label.

On the death of Charles Nicolas De Cazanove in 1903, his sons Franck and Joseph passed the business on to the two following generations. Joseph’s son, Roger de Cazanove, who took control of the House in the 1920’s, was deported to Germany and died in captivity in the Nazi camps. His brother, Hubert, followed him and died shortly before the end of the fighting. Roger and Hubert de Cazanove’s nephew, Mr. Chiroussot, ran the company for a few years until 1954, when Amaury de Cazanove, grandson of Charles Nicolas, became company chairman.

Amaury called in Sylvain de Sournac, highly experienced in vine-growing and wine-making, to run Champagne de Cazanove. Sylvain de Sournac was a good administrator and shrewd businessman, and managed to achieve a tenfold increase in the House’s sales. Amaury de Cazanove’s arrival was accompanied by the Banque Vernes taking up a share of the capital, which it resold to Martini.
So, in 1958, the company found itself under the influence of Martini & Rossi and, from 1983, under the control of the Moët – Hennessy Group, which finally decided to part company in 1985 and sold it to SA Magenta - Epernay, a merchant and distributor for prestige brands, better known under its acronym S.A.M.E.
Maison Charles De Cazanove was bought out in 2004 and has become the flagship of a Champagne family group.

Nowadays, Maison de Cazanove is working on the reputation of Champagne and its people. As a special partner to the “Comédie de Reims” theatre, it is associated with a range of artistic projects and is particularly involved in the realms of cinema and music. In May 1991, the House celebrated the fortieth anniversary of “Cahiers du Cinéma” in Cannes, and then became a partner to the 45th Cannes Festival in 1992.

In 1992, in collaboration with Epernay Council, the House invited film-maker Jean-Pierre Mocky to film for a week in the champagne capital. He presented his film, “Le mari de Léon” Léon’s husband”, at eh Cannes Festival and gave a preview showing to the people of Epernay on 1st June. Since 2002, the House has supported and been a partner to the “Flâneries Musicales de Reims”.

An ancestral tradition open to progress

Today, Champagne Charles de Cazanove enjoys the use of efficient oenological and technological facilities and produces over 3 million bottles a year. Vinification mostly takes place in stainless steel vats, but where necessary, some wines spend time in oak to acquire that wonderful fullness that oak barrels provide. The wines take time to age in the traditional Champagne chalk cellar.

Authentic wines from a noble terroir, made in line with an ancestral tradition and open to the best that progress can offer the champagne lover, Charles De Cazanove wines are enjoyed throughout the world.